It's Not Compromise When You Give Up Something You Never Had 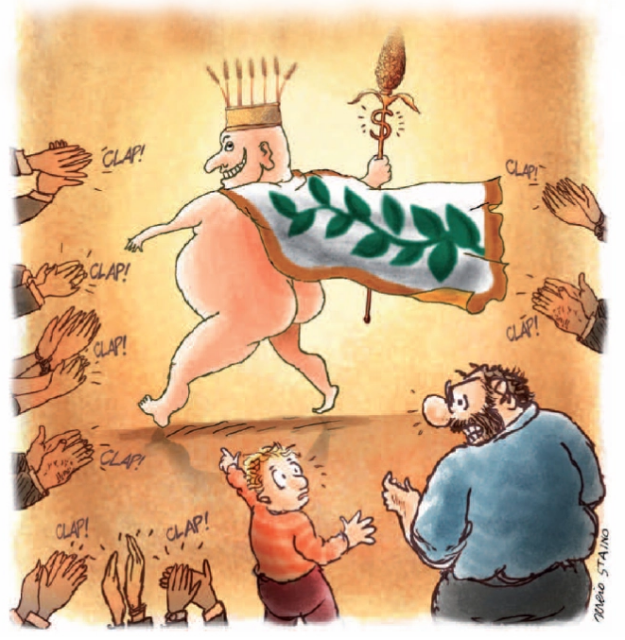 Emperor's New Clothes is an old children's story by Hans Christian Andersen about an emperor who pays a lot of money for some new “magic clothes” which he is led to believe can only be seen by wise people.  The clothes do not really exist.  The emperor, however, does not want to admit he cannot see them because that would mean he must not be wise.  So, he parades around his kingdom, essentially nude, hanging on to his belief that he is wearing these magic clothes.  None of the townspeople want to challenge the emperor’s foolhardy belief, so everyone pretends to see the magic clothes too.  That is, until a child shouts, "the emperor has no clothes on!"

It's not a compromise when you give up something you never had.

People file and defend lawsuits based on their beliefs.  However, beliefs, without more, are worthless in court.  Lawsuits are won and lost based on laws and facts. No one wants to admit that they might not be able to prove their claims or defenses in court. Although it may be hard to let go of any steadfast beliefs, the pain is not caused by compromise, rather it is caused by the embarrassment of realizing you may be wrong.  The pain gets worse if a party waits to be called out in public by a judge or jury after parading around for months or years in a lawsuit wearing "magic clothes."   Don't let this happen to you.

Bias and bravado cause litigants and their lawyers to overlook or underestimate what is missing to prove and win a lawsuit.

You can pay a lot of money to confident lawyers who might tell you what you want to hear and promise to go to the ends of the earth to try to prove your version of a controversy or dispute. However, you should rely on a lot more than just a confident lawyer when deciding how to settle a personal family matter or a business dispute.  Sometimes, it takes a "child" eyed view from someone unbiased and unafraid to cry out the obvious, and objectively point out the challenges, flaws and missing pieces in both plaintiff's and defendant's views of their case.  Someone to ask ALL parties the tough, critical questions, questions that if left unanswered, might leave one or both sides to a dispute with false impressions, faulty logic, and a foolhardy desire to unnecessarily protract the litigation.

Parties tend to share as little information as possible during a lawsuit because what they say might be used against them. As such, you never get the full story in court.  You only get as much knowledge as the opposing party chooses and is forced to disclose.  In mediation, however, the pressure is off.   Mediators are not the decision-makers.  Mediators are legally required to treat your discussions with them as confidential.  What is said in mediation stays in mediation.  As such, confiding in a mediator can't hurt you.  To the contrary, mediators can only help, especially when provided with truthful confidential information from both sides.   Mediators can then see the extent to which both sides are relying on some "magic clothes,” and then lead a negotiation to try to find a "suitable" agreement acceptable to all parties.