When You Are in a Lawsuit, Don't Lose Sight of the Elephant in the Room 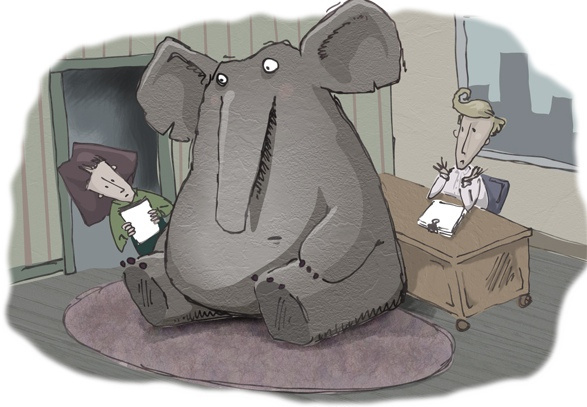 When you are sued or when you sue someone, you might think that the biggest bill or liability will come from the opposing party. However, there is often an even larger stakeholder in the lawsuit; someone on your own side; someone who will likely have to be paid first from whatever monies are offered or required to resolve the lawsuit; someone who you might already be legally obligated to pay more than you could ever reasonably expect to recover in court.

The American Rule of Damages

In the United States, the average cost to try a civil lawsuit is between $43,000 and $122,000.  Why does it cost so much, because nothing happens in court without a fight. Nothing is taken for granted.  Attorneys charge by the hour and the time it takes to prepare and try a case adds up fast.

Each party to a lawsuit is responsible for paying their own attorney's fees, unless there is a specific statute or contract that allows the assessment of those fees against the other party.  In other words, when it comes to litigation, everyone is usually left to pay their own legal bill.

Rights and remedies available in many civil cases are often determined by whatever written contract or other form of agreement is reached between the parties.   In the United States, for better or worse, we all have the freedom to make our own contracts.  Sometimes people choose to make agreements based solely on a handshake, sometimes there are just phone calls, emails or just text messages.  None of this will likely be enough to establish liability and protect your legal right to recover damages in court should a dispute later arise.  If you want to make sure you will have a legal right to seek recovery of all damages including your attorney fees, you better make sure to discuss it with the other parties upfront and include it in a written agreement signed by all parties.